You are here: Home / Travel / Yes You Should Skip Uni And Travel Instead!

Disclosure: This post may contain affiliate links. If you purchase an item that I link to then I will make a small commission, at no extra cost to you.

What do parents always say? They tell you to stay in school and get a good education. Well, where did listening to your mum and dad ever get you in life? The answer is a university place you didn’t want in the first place!

Of course, that was a joke and parents are incredibly helpful and supportive. However, they do come from a generation which didn’t have a travel-centric worldview. Lots of older people prefer to work and then play, and they pass the attitude onto their kids. If that is your wish, then good luck and have a great life!

However, some people don’t want to go to university and have a quintessential experience. And, others have zero clues what they want to do in life. If you are either of the latter, following the status quo is a massive mistake, not to mention a waste of money. Going on a trip abroad to ‘find’ yourself may seem indulgent, but it is just what the doctor ordered. Here are the reasons why.

Let’s say you’re around the 18 to 21 mark – frankly, you’re a baby. Yes, society makes it seem as if you have to go to uni and get started in the workplace, but there’s no rush. Whisper it quietly, but there isn’t an age restriction on when you can start a university course. Plenty of mature students take a gap year and travel the world and then come back to education. After all, being in your late teens or early twenties isn’t as if you are about to turn 50 and haven’t done anything with your life. Youth is when you should take risks and do things that go against the grain. That way, there is plenty of time to learn from the mistakes. Travelling may be the worst decision you ever make, but it will only make you a stronger person. In layman’s terms, education is a safety net to fall back on should things go wrong.

It’s A Once In A Lifetime Thing (Sort Of)

Okay, let’s start by saying that the heading above isn’t true. Lots of travellers head out into the abyss, come back, and go for a second and third time. In fact, travelling is addictive and often hooks people on the very first attempt. So, why say it’s a once in a lifetime opportunity? Well, it’s because it can be in many respects. The individuals who travel from Toronto to Timbuktu are the ones that don’t make excuses. Instead, they see the opportunity and take the plunge even when they are full of fears. Sadly, the average 18-year-old is an excellent procrastinator and can make excuses for years. Suddenly, your ability to put things off means life has flashed by and you haven’t ticked anything off the bucket list. The older you get, the harder it is to book a plane ticket. By doing it early on in life, you lower the chances of being a person whose stock phrase is ‘I would love to but…’

If the Wikipedia page is to be believed, Francis Bacon coined this phrase. Typically, it’s used by people like mums and dads to encourage higher learning. Colleges and universities are havens for further education, which is bound to increase your knowledge base. The thing is, academia is only one form of learning and there are dozens more. Just consider how employers bemoan the fact that graduates aren’t ready for the workplace. They lack common sense skills because students are taught the theoretical stuff and the practical side is pushed to one side. Travelling is pretty much the same thing. No matter how many times you read about it in a book, you won’t understand a culture until it’s in front of your eyes. For example, there aren’t many books that break down why Southeast Asians roll up their t-shirt and squat to keep cool. Or, the majority of academics will fail to brush up on their samba skills in a bar in Lapa. Although they seem cosmetic, these small details often tell you a lot about a country and its people.

And It Isn’t Just Here

Great Britain is a well-developed and advanced group of countries. The clue is in the name. But, it isn’t the centre of the world and it doesn’t hold all of the secrets. Sure, higher education in the UK is among the best in the world, but there are other nations on a par. Some even have better teachers and facilities. Considering that knowledge is power, it’s only logical to travel to these places to brush up on your book smarts. Otherwise, everything you know will be Euro and Britain-centric and that is a potential clash of interests. Don’t forget it’s not hard to see the sights while you are studying in Massachusetts or Sydney. For example, the Blue Mountains are a short train journey from the central universities in Sydney’s CBD. Quite simply, travelling and studying at the same time is not just doable but recommended. Would you rather learn about the world in a rainy classroom or an exotic seminar theatre?

There Is Education Technology

In the past, the only way to learn was to sit and listen to a teacher. Well, there were other ways but this was traditionally and universally recognised. Fast forward twenty years and the picture is very different. Now, there are online courses and even internet-based establishments that are only available on the Web. So, an online MBA is accessible from anywhere in the world, and that goes for a host of topics. It isn’t rare to find students from all over the globe studying in a hostel thousands of miles from home. Or, it isn’t uncommon to see them hitting the digital books in a coffee shop with a flat white. The point is that certified qualifications are no longer handed out by the likes of Oxford and Harvard. In 2018, Spring Arbor University and The Open University are becoming more popular and reputable. And, as their status grows, it makes it very appealing to quit school at home and book a flight to anywhere. 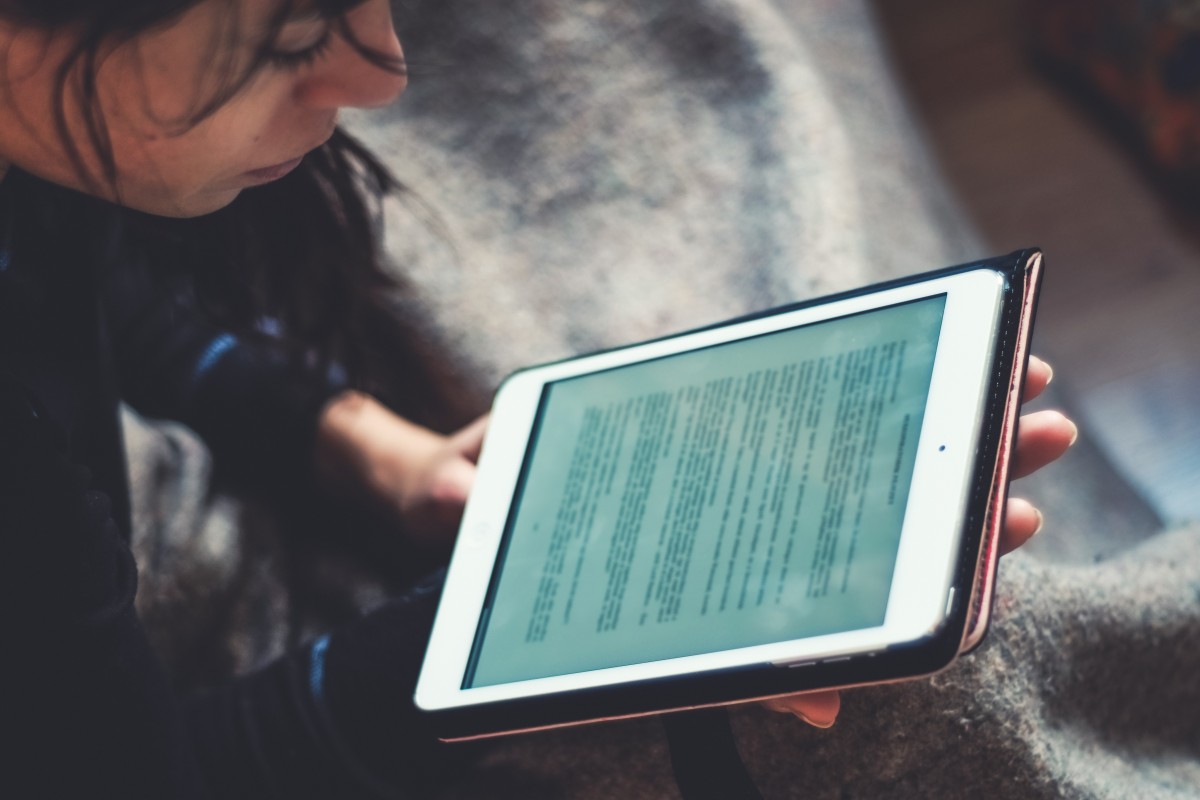 The above has a strong education focus, so let’s move onto careers. Regardless of where or how it happens, some people don’t want to go to university ever. Instead, they want to enter the workforce and earn money. If you are one of these people, there is a temptation to think that the UK is the only place to work. In layman’s terms, there are no other reference points. At the moment, of course, Britain isn’t a healthy place for young people and jobs. Ever since the recession, the government has been trying to slash youth unemployment without much success. So, working at home may not be the best option. Doing it abroad, though, is a separate story. Take Australia as an example. Millions of young people flock to the rock down under to experience the East coast, yet many stay there for life. The reason is the number of well-paid and skilled jobs. Labourers, joiners and plumbers can all earn the equivalent of £40,000 – £50,000 a year without the pressure or responsibility at home. And, the opportunities appear out of nowhere via a one-year working visa. There are so many options for working while travelling, for more information I recommend you take a look at this post on the top 25 ways to make money travelling.

One of the amazing things about travelling is the number of people you meet. Some pass you by and never speak again, and others become a vital part of the group. Still, both types are important from a career point of view. Of course, a good friend will try his or her best to help out and get an interview or a sit down with an influential person. But, it’s amazing what acquaintances will do too. Even if they pass on the information that you need, it could be the difference between success and failure. Although it goes against the traveller mentality, people can’t deny the networking opportunities. Anyway, it isn’t as if you are going to exploit a group of individuals; that’s not true. You’re going to have an experience of a lifetime, and picking up numbers and email addresses along the way is a bonus. Because sharing a hostel room or a beer is bonding, these contact details can go a long way.

Not to be biased, but travelling the world is the greatest experience ever. What is greater than meeting new people, seeing iconic sights, and not giving a French Connection? Plus, if you do it early enough, it doesn’t have to impact your career goals and job-driven personality. Quite simply, it’s as flexible as it is formative, and they are two features that are difficult to beat. It’s easy to think ‘having fun isn’t a good enough excuse,’ but it’s the only one you need. Life is about living and doing the things which put a smile on your face.

Where do you stand on the topic? Are you a ‘no way, Jose’ type of a person or a ‘get me on a plane’ sort of personality?

*This post was brought to you from a collaborative partnership with Fat Jo.

This site uses Akismet to reduce spam. Learn how your comment data is processed.

They thought I wouldn't finish college. I did a PhD.

They thought I wouldn't get fit. I climbed a mountain.

They thought I'd never leave home. I travelled the world.

Just like a butterfly, I exchanged an ugly life where I felt restrained and grounded for one more adventurous, inspirational and beautiful.

I learned to fly.

Error: (#803) Some of the aliases you requested do not exist: Lifeasabutterfly
Type: OAuthException
Code: 803
Please refer to our Error Message Reference.

Addressing the principles and practice of travel and tourism management from both an academic and practical perspective.

Really great article --> This is how life under coronavirus will play out over the next year https://www.wired.co.uk/article/uk-coronavirus-lockdown-long-term-plan

In the process of developing my new website https://tourismteacher.com

4 Ways Starting a Bullet Journal Can Help You to Get Your Home and Life in Order https://www.lifeasabutterfly.com/4-ways-starting-a-bullet-journal-can-help-you-to-get-your-home-and-life-in-order/